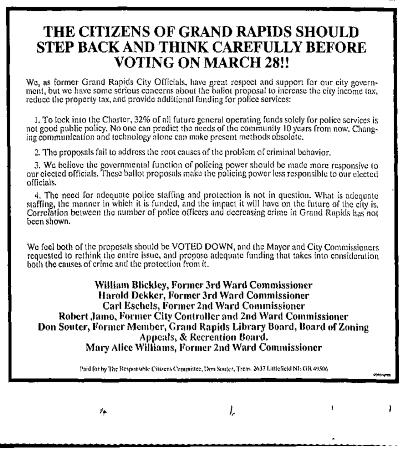 An advertisement published in the Grand Rapids Press on March 27, 1995 b the Responsible Citizens Committee. The group of former Grand Rapids city officials encouraged citizens to vote against increased funding for police services and against a charter amendment stating that the police budget would be at least 32% of the general operating fund. The advertisement was signed by William Blickley, Harold Dekker, Carl Eschels, Robert Jamo, Don Souter and Mary Alice Williams.