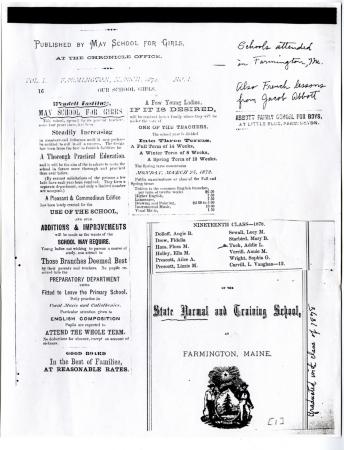 This scrapbook documents the participation of Alde Louise Tuck Blake (1857-1925) in the women's suffrage movement and in state and local politics. In 1899, Blake ran for (and won) a seat on the Grand Rapids School Board--the only elected office open to women. She became the third woman to serve and her success made many headlines. Blake was also involved in the suffrage movement. She served as an officer for the League of Women Voters as well as the Republican State Central Committee. In 1920 she ran for the state legislature. The scrapbook was compiled by Alde's daughter Dorothy. The original is located in the collections of the Bentley Historical Library at the University of Michigan.

Grand Rapids (is depicted by)